“An evil-doer should not hope for good deeds.”

So our friend the miller, these 2 college students, and even the wife start chillin' and drinkin' together. The miller gets really drunk, and passes out snoring.

When the others get tired and it's time to go to bed, they all sleep in a tiny room together---Alan and john can't go to sleep and lie awake talking. Alan is like, “he stole our corn, we should get back at him by banging his daughter,” so he goes to the daughters bed and starts having sex with her.

John is laying in the bed, pissed that his friend was getting payback for the stolen corn but not him, so he decides to move the placement of the child’s cradle, which is usually at the foot of the miller and his wife’s bed. When the wife gets up in the middle of the night to use the bathroom, she comes back and feels around in the dark for the cradle, so she knows which bed to sleep in. It’s dark, and she unknowingly gets into bed with John, who then proceeds to have sex with her.

After sexing until the morning, the daughter tells alan where their stolen bread is, and then starts to cry. Alan then goes to the miller’s bed, thinking its his and john’s bed, because there is no cradle at the foot of it. He whispers in the miller’s ear “haha, I got payback while you were a wimp and spent the night here in your bed all night,” thinking its john. but it’s the miller!!, and he gets incredibly angry, and they start to fight. Blood’s gushing, in the confusion the wife hits her own husband over the head, and he gets beaten by Alan and John until he passes out.

Alan and John get up, grab their stolen bread from the hiding place the daughter mentioned, and leave.
:)

It was well known in the college town that the miller was a corrupt bastard, so 2 bored college students named Alan and John decided to go annoy the miller for sport. The 2 guys took some corn to grind to the miller, and rode a horse to the mill. When they approached Alan yelled out, “y0, miller, where you at? How’s ur wife and ur daughter? Oh and BTW, can you mill this corn 4 us?” the miller began to grind the corn, but realized that the boys were watching him closely.. he suddenly realized they were trying to catch him stealing their corn, and it really pissed him off.

"The greatest students are not the wisest men," the miller thought to himself.

When Alan and john wandered in another room, the miller ran outside to their horse. He untied the horse, then hit it on its rump and yelled so it ran away from his mill, into the wilderness. The miller resisted the compulsion to LOL, ROFL, and went back to work. When the 2 students realized their horse was gone, they started tripping and ran into the woods trying to find it, blindly. the miller, never missing a beat, took the opportunity to steal their corn and had his wife make a loaf of bread, which they hid.

It took Alan and John 4ever to come back from finding the horse, and they were completely beat. “F(&K, we’re stupid,” said John. “we didn’t even catch the miller stealing from us—instead our horse got lost and I’m SURE he still ended up taking our corn… asshole!” the 2 swallowed their pride and asked the miller if they could spend the night at his place, because it was too late to make the travel back to the college.

"If there is any room," the miller replied, "go ahead. I know you 2 are brilliant college students, so it shouldn’t be any trouble 4 u, right?? My house is small, but U have studied book learning, so U know how to make twenty feet of space a mile wide through argumentation, hahaha.”

OK, I’m going to begin my tale. Let me set the scene:

Imagine this guy.. let’s call him, oh, I dunno… the miller. So the miller is the type of guy who thinks he’s the s$*T, wears ridiculous Hawaiian print button down shirts but leaves the couple buttons at the top unbuttoned, puffs out his chest, U know the type of guy I’m talking about. A man’s man too, he can play baseball, golf, BBQ, wrestles his buddies, plays video games, and goes to the shooting range twice a month—but don’t think he tries to hard, lol. He never leaves home without his pistol—a real maucho man. People don’t give this miller trouble, for sure. He has a mean look: bald with a face like a pug..quick to loose his temper and quick to start a fight!

His family was what U might expect. His wife was a nunnery drop-out.. guess she couldn’t handle the whole chastity issue.. .word on the street is she’s a whore. The miller getz a kick out of it, I’m sure, lmao. She is something to look at, and the guy LUVS showing her off around town. The miller luved to tempt other men with his wife.. he just waited for the treat of kicking some guy’s a$$ if he looked at his wife wrong. The miller noticed that women 2 would l00k at his wife with jealously.. he got turned on by it evern more.

Their baggage includes 2 kids: a 20 year old woman and a newborn baby. The daughter had a body on her, with an amazing a$$ and nice breasts, but her face left something to be desired… I don’t just throw around the term “butter face”, but this girl was def. a butter face and had her dad’s same pug nose, LOL!

4 a living the miller ran a mill to grind corn at a nearby college (King's Hall at Cambridge), and most of his clients either worked for the campus or were students. After sometime the supervisor of the grain/wheat transactions between the miller and the college fell seriously ill, and had to leave his post. The miller took full advantage of this situation and began stealing portions of the corn he was contracted to grind, the bastard. He stole so blatantly that he received a call from the supervisor’s secretary, askin’ about the corn shortages.. and simply bitched her out. He screamed at her until the poor thing hung up, and the miller kept stealing to support his fat, pug-faced family.

As I’ve mentioned in a previous post, I used to be a carpenter. I LUV carpentry and all aspects of woodworking, so I’m s0rry if I get a little PISSED OFF if some punk starts talking about s$*t he doesn’t understand. Obvs., the miller is jus jealous. His bold story is simply a sign of his weakness and OWN insecurities… hear that, miller?…

I am a smart man with a lot of experience dealing with idiots like this. I don’t need to sink to his lvl, no, of course not.. I’m simply going to give him a taste of his own medicine. I am not escalating this situation at all, I am too wise for this, I have patience.. my work in public service has trained me well. I’m just not some1 to be walked all over…. Ya know, its been awhile since I’ve sought revenge against someone. I am smart and mature, and so I alwayz let these comments slide off of me… that’s what a real man, and especially a man of my status and wealth, is required to do—to be the bigger man. I’m getting old tho, and my enrgy lvl isn’t what it used to be… wat’s the matter with a little fun?

"We dance as long as the world will pipe to us, for we are always pricked by our desire to have a hoary head and a tail as green as a leek. Though our strength may be gone, our will always desires for folly, for when we cannot do it we will still talk about it. Still there is fire, if you rake over our old ashes.”

I am tired from soooo much public service over tha years, and the responsibility that comes with raising a family, and I kno I’m getting old, I won’t deny it. I saw a couple of gray hairs the other day, not gunna lie. I know I’m getting old, too, because moar and moar I feel susceptible to four “burning coals” I call them—boasting, lying, anger, and greed. I may be feeble, perhaps, in my old age.. but I still have the desire of my youth—I can still pick a fight, hehee.


Ah, well, enough reflections!! I will make a fool of this drunken Miller for disrespecting carpentry in such a way—this is a promise. I will always be a carpenter…. he can die for all I care, RIP miller muahahaahaa

So i'm going to seville for this great festival for the weekend, i am sooooo excited!!!!<3

this is pretty much Y i got this livejournal account, so i could blog my experiences and travels along the way.. i even joined a community board "cb_pilgrims" so i can meet other BAMFs like myself.. :)

hell, even a weekend away from the wife and kids would be treat enough

you know what i miss? being a carpenter. the art of woodworking. the soft touch of wood in my hands..... being in public service is great, but there's just something about a man and his wood..

i remember this great birdhouse i built (see my pic!!)... god, i want to make some more stuff like that. i have a gift, and i should be using it

maybe its those damn anger management classes i have to attend... f%@K that! 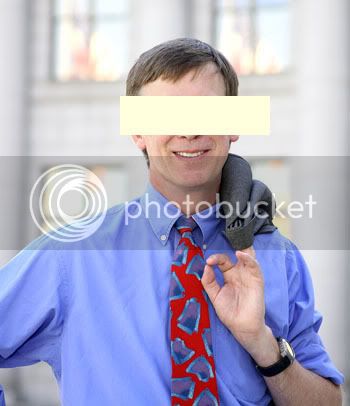 
i had Lisa my secretary order a nice camera so we could take these campaign shots out in front of the building by my office, and i must say the camera loves me. i'm good to the camera so it's good back to me, right? this was our third day trying to get the right shot..lisa's nice to look at, sure, but she can't take photos worth a sack of beans. i basically keep her on payroll for those office skirts she wears... anyway, i practically took all these photos myself. i took a photo class in high school so i know how to properly frame a shot. osewold to the rescue, again..

can't wait till this image is on a campaign banner somewhere.. i'll have to wait 'till i get back though--SEVILLE OR BUST!!!1 i leave the day after tomorrow!
Collapse